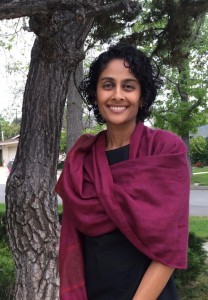 Brinda Sarathy is professor and dean of the School of Interdisciplinary Arts & Sciences at the University of Washington Bothell. She is the author of 3 books and several articles on society and the environment, including natural resource management, labor, and environmental justice.

Her book, Pineros: Latino Labour and the Changing Face of Forestry in the Pacific Northwest (University of British Columbia Press, 2012), provides a social history of Latino immigrants and forestry in the Pacific Northwest, and a comparative analysis of pineros today with Anglo loggers and tree-planters from prior decades. Subsequent work, including the edited volume Intevitably Toxic (University of Pittsburgh Press, 2018) and related journal articles, examines the interplay between scientific uncertainty, environmental contamination, and public health risk.

In her current project, Sarathy focuses on issues of environmental justice, particularly in cases of community mobilization around toxic waste. She explores some key cases, including those that have been largely unheralded in the conventional narrative of environmental justice, to highlight the important ways in which race, class, and gender intersect—not only in how communities are differentially affected, but also the ways in which they mobilize against toxic waste.

Sarathy received her Ph.D. in Environmental Science, Policy, and Management in 2006 from the University of California, Berkeley, and has won numerous awards fellowships, including from the American Council of Learned Societies, the Fulbright Scholar Program, the Huntington Library, CUNY Graduate Center, and the University of California Institute for Mexico and the United States (UCMEXUS). Her research has been supported by grants from the Ford Foundation, Rural Sociological Society, the Morris K. Udall Foundation, and the Social Sciences and Humanities Research Council (Canada).